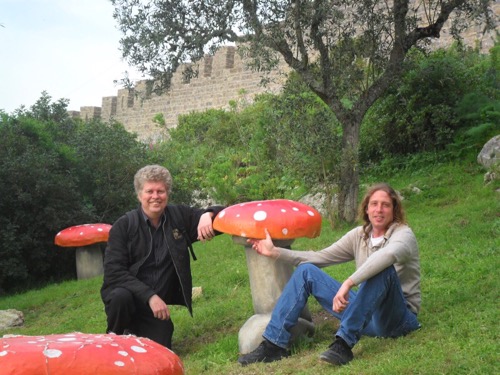 After seven months, learning but not really being able to communicate in local lingo and only mixing with local ex-pats about as often as I will eat bacalhau, I haven’t realized how much I have longed to hang out with one of my “people ” until yesterday when one showed up at the casa.

Skype, e-mails, face book, Oovoo, even my little stories help me stay connected to my beloveds back across the big salty swimming pool, we see each other and chat away depending on how the server is behaving. For instance, I know tonight in my ex-littlehometown will be the eight year anniversary protest against the war. At 9pm Portugal time they will be holding their signs on “Peace Corner”. I can picture it in my mind and raise a toast at 10:15pm, about when the protest is over and it’s cocktail time.

I Love Recumbent Trikes and Devon

For nine days in May I lived in a Constable painting…and got to ride two recumbent trikes.

Even if you don’t know what a recumbent trike is, you have probably seen one. It has 3 wheels, is low to the ground. The rider sits in a type of recliner seat. You can pedal with your feet in front of you, or if you can’t pedal with your legs, you can pedal with your hands. I decided I wanted one a few months ago but never ridden on a “bent”. Getting around on a mobility scooter is like using the Popemobile, you just sit there. It does the job but scooters are really boring.